Verruca’s are simply another name for Warts.  They are caused by the HPV (Human Papilloma Virus) and are exceptionally common in children and teenagers.  However, some adults find that they are blighted with very stubborn verruca’s and warts that seem to keep coming back even after treatment from conventional means, which for some have experienced traumatic treatments to clear the warts, and Children remember them for years afterwards:   Burning, freezing, injecting, electrocution of the verruca (yes that’s right), spraying or painting chemicals on them or digging them out with surgical instruments.  Yes! warts can be very stubborn.  Some of these treatments can be purchased over the counter in pharmacies or large supermarkets (don’t forget your loyalty card!).  The other treatments are performed at a Doctors surgery or other feet specialists.  It isn’t much fun from a child’s point of view (I speak from experience).   I can’t imagine it is much fun from an adult’s point of view either.

Some warts & verrucae can take years to go.  Some in a matter of months.  Some people just don’t pay any attention to them and they just ‘go away’.  Some may be very impatient and feel that they are disfigurement and will want to resort to measures already mentioned.  Old folk remedies – wiping a cloth over the affected area and burying the cloth in the earth.  Even wiping a banana skin over the area!  Putting a coin in Holy Water and praying.  These must-have worked for some people as to why would they still be mentioned in the 21st Century?  Whatever your belief or way to deal with the verrucae are yours and yours alone.

Homeopathy is an effective way of getting rid of unwanted verrucae and warts.  I frequently tell enquirers about my own experience of treating warts and verrucae in my children.  When they were little, I used to take them to the local swimming pool 1 or 2 a week.  Over a couple of months, I started noticing a hardening of the skin on the base of their feet, with a sort of transparent base.  I recognised these as the starts of verrucae, my son had a wart on the palm of the left hand just below the little finger.  The wart on my Son’s hand had been rather big and of course, he was bothered by it as he was at School.  I did not want my children to go through the trauma of having them burnt or frozen off, let alone toxic chemicals being painted or sprayed on them.

As well as being a full-time Mum, I had just finished studying Homeopathy and qualified when my Children were 5 & 7 years old.  Knowing the Homeopathic remedy Thuja was one of the major remedies for the treatment of warts & verrucae. It is not the only one available but is the one that fitted the characteristics of them at that time.  I gave my Children two pillules to take.  I also put a Thuja pillule in water until it dissolved so that the wart and verrucae could be bathed using a clean cloth & patted dry.  I found that it was best to bathe the wart and verrucae with the ‘Thuja water’ after a bath as the skin was damp anyway and the ‘Thuja water’ could soak in easily.  A plaster was put over the verrucae when the skin dried and left there overnight.

I checked these after two days and saw that the appearance of warts had begun to change.  A few days after that tiny black dots were appearing.  By the end of the first week, more dots had appeared.  I gave a further two pillules to the children, one each.  In the 2nd week, the dots had all joined together and was a big black spot, the skin around warts had become rough.  It is rather difficult to explain but to me the skin where the wart and verrucae were lifting.  I interpreted this as the black dots (spot) were the virus being killed off by the remedy.  The lifting as being the body’s own immune system pushing the virus out, there was a slight pink hue at the base, not the transparent hard skin of before.  By the end of that 2nd week, the big black spot had fallen off and fresh new skin had formed.  This was so amazing to see the transformation of it over 2 weeks.

The verrucae had gone from both Children too.  Naturally, this was a fantastic outcome and happened very quickly as well as being natural and painless too.  It may sound funny to the non Homeopath, but their behaviour improved too as the remedy fitted the characteristics that they were both displaying at that time.

I must stress that there are many other Homeopathic remedies that can be indicated.  Homeopathy is not a ‘One remedy fit all’ form of medicine but works on finding the best remedy to suit you as an individual.  Further information can be found on www.homeopathyplus.com  or other various online sites for homeopathic health.

Homeopathy works for acute ailments as well as chronic ailments.  By addressing the acute situation (in this case warts/verrucae) it can help rebalance the individual energetic imprints on all levels.

As HPV is the cause of lots of different types of warts if you are at all concerned you should in the first instance consult your Dr for a diagnosis.

For a free 15 minute consultation or If you would like to know how I can help you and your family, then please telephone my clinic at Fountain Therapies on 01444 401271 or by completing a Therapy Booking Request form. 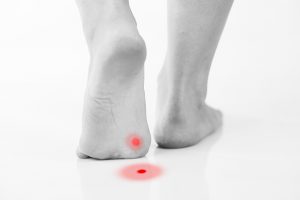